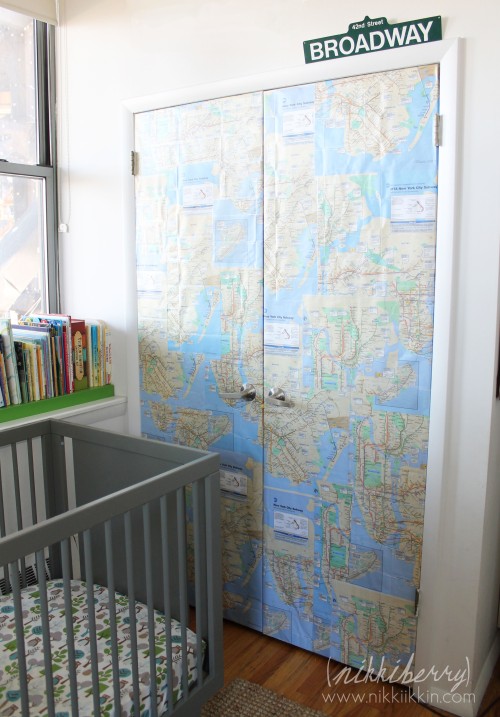 Maps are nostalgic.  They take us back to a time and most definitely a place: a city that you visited, were born in or went to college in.  We all can relate some part of our life to a map.   I used to hang souvenir maps of amusement parks on my wall as a teenager.  I relived and dreamed about my trips to Disney World, Cedar Point and Sea World.  When I was designing Hudson’s nursery we made sure to include a map of New York City, the Hudson River being his namesake.

Wanting to take NYC maps in our decor to the next level, I decided to wallpaper the closet doors in the childrens’ room with MTA maps.  These are the easy to get, free maps of our subway system in New York City.  All you have to do is ask a MTA booth attendant for one.  So over the course of a few months  I randomly asked for them until I had about 6 or 7 maps. 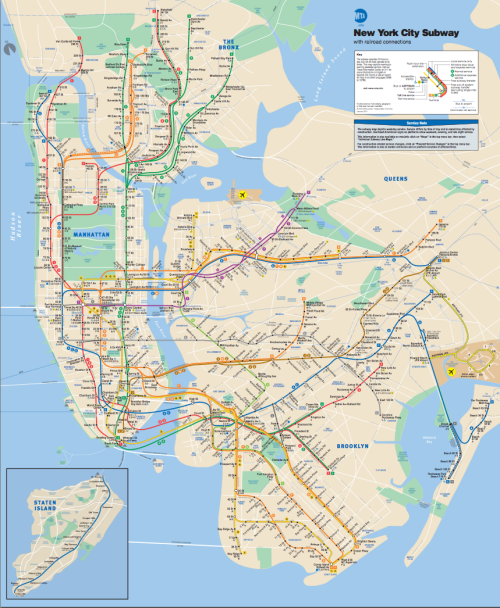 To hang the maps on the doors I had some criteria, the most important being that it had to be removable with no damage.  The maps also needed to withstand wear and tear that a 2 year old can inflict on it.

I bounced ideas off of my DIY and interior design friends and several ideas came up.  One was to mod podge the maps to canvas sheets and wrap the doors with the canvas.  This was a great inexpensive idea because rolls of canvas for framing doesnt cost much but I wanted something that would be more durable. 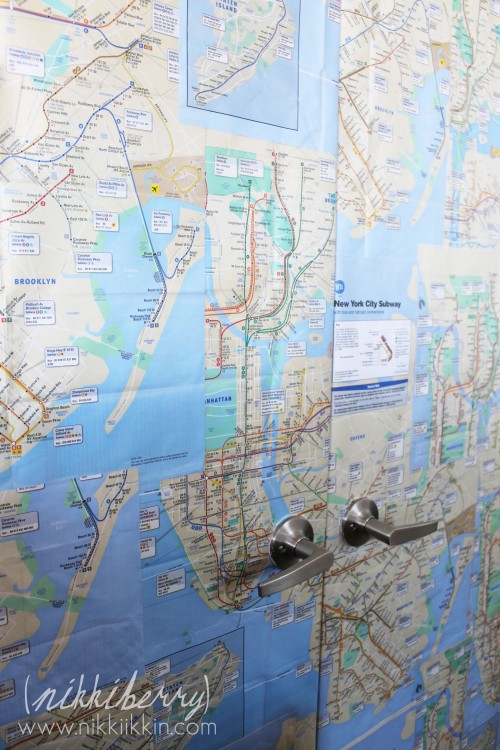 The next idea was combining the maps with clear contact paper, the drawer liner type.  This idea stuck with me but I had many questions about how the end result would look.  Contact paper only comes in 24″ width rolls so that meant that there would be a seam.  Would the seam show?  Is clear contact paper really clear?

I decided to go with the contact paper idea because a single roll of supermarket contact paper could cover 2 closet doors and this project was only going to cost me $6! 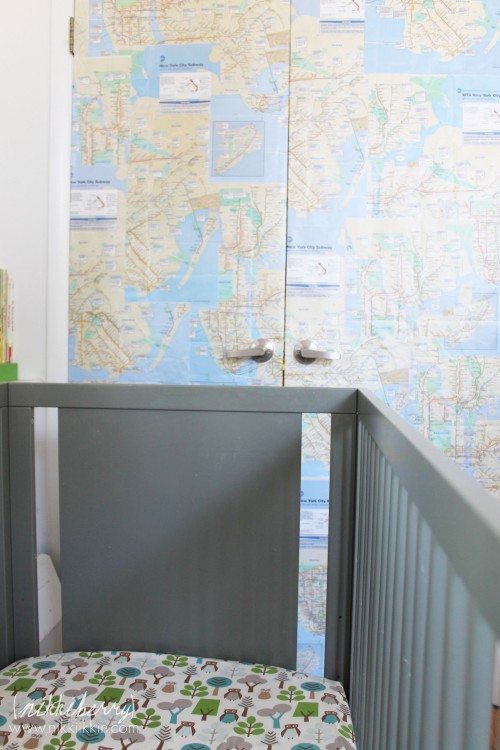 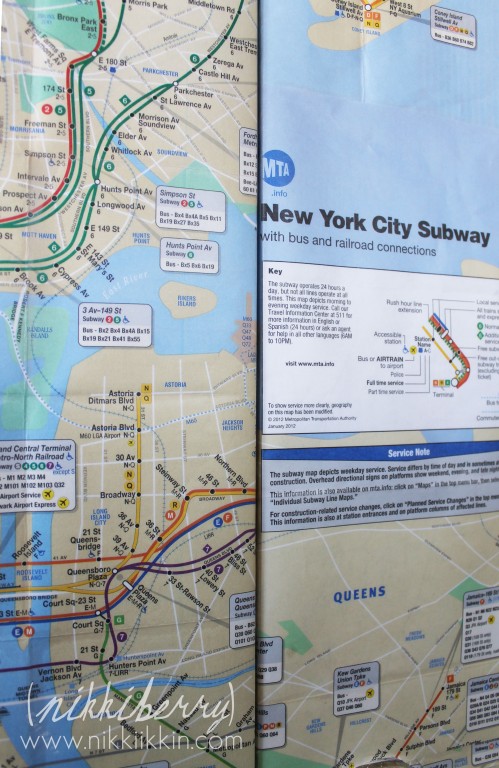 So did the seams show?  Nope!  Is the clear contact paper truly clear?  YES!  I was prepared to except that the image would be hazy or blurred from the transparent looking vinyl but it wasn’t, it was just as clear as without. 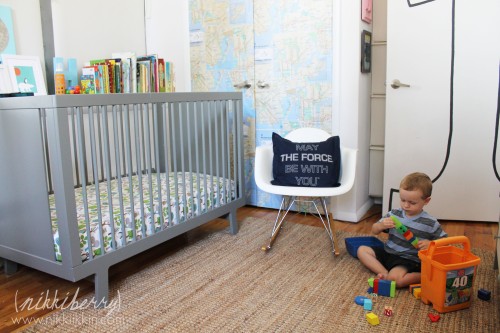 As an after thought and bonus I realized that this vinyl surface could be written on with dry eraser markers.  I haven’t let Hudson do it yet, but I think that he will have fun drawing out a path on the maps or marking up sites he’s been too.  Macy has also used the maps as a quick reference as we were heading out the door and discussing which train to take.  She’s been riding the rails for 6 years now but she is just now interested in knowing how to get around, not that she will be going anywhere alone until she’s like 20.