I cant believe my kids and I were introduced to Totoro just this year!  There is certainly something to love about the magic and natural curiosity in the Studio Ghibli film, My Neighbor Totoro.  Outside of America, Totoro” is as famous among Japanese children as Winnie-the-Pooh is among British ones”  and  ” is more genuinely loved than Mickey Mouse could hope to be in his wildest—not nearly so beautifully illustrated—fantasies.”   If you think that’s hard to believe then just set a kid in front of it!   I havent met a kid that doesn’t adore him.  I love to hear Totoro’s name roll off of Hudson’s lips.  It’s one of those movies that he will ask to watch more that once in the same day.  Fortunately, I love the music and the story line myself, so I dont mind. 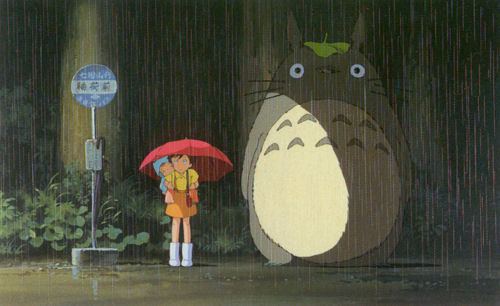 I was asked by another mom in my building to make these Totoro favor cookies for her daughter (it was then that I had to borrow the movie to see what the fuss was about!) The Totoro cookies were hand cut (I only do this if it is a small order), but were easy to ice and the soot sprites were just a blob, cant mess those up!

So maybe you have kids but havent seen Totoro because it was released in 1988 and re-relased by Disney in 2006 (with Dakota and Elle Fanning as Satsuki and Mei), so its sort of old.   But I bet you have seen Toy Story 3….Totoro made a cameo as a toy in Bonnie’s Room!  Now I hear “there’s Totoro!!!” every time my kids watch Toy Story 3.  Let yours watch My Neigbor Totoro and you will too. 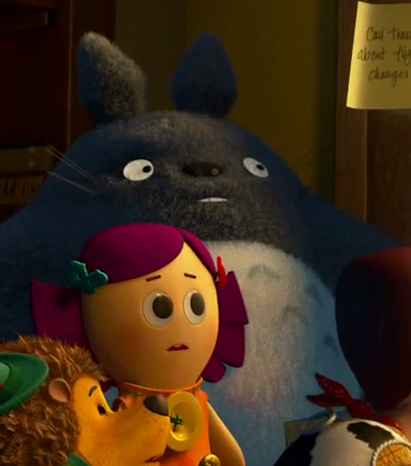